My mission is to demystify commonly held views and misplaced assumptions regarding Jamaican food culture, in so doing for now I will focus attention on Jerk taste and its relevance to the island culinary traditions.

We are living in a period of discovery not of global territory’s and regions but of historical truth.

A truth which has been denied great swathes of humanity for too long and it’s with this in mind that I wish to talk about “Jamaica jerk taste and culture.”

But please indulge me a little time for context

Clinton V Black in his book “The History of Jamaica”, states: 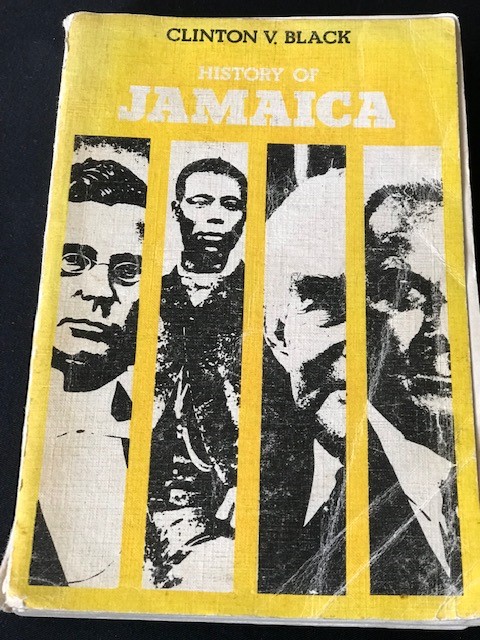 “The modern or recorded history of Jamaica is the story of IMPACT, and it’s effect on this old new world by new people with new ideas, from the old world of Europe”

The first result of IMPACT saw the complete extermination of the first Jamaicans.

Slavery is a living memory in the Caribbean, because its greatest legacy is still with us.

It resides in the clothes we wear and much of the food we eat.

The production process of stimulants like sugar, coffee, tobacco, chocolate and much more, remained invisible for hundreds of years.

Jamaica Jerk taste is synonymous with – liberty, human dignity and the continued struggle for equality and freedom.

So!  What does this all mean?

History records a transition occurrence of epic proportions 1655 May 10th the English captured the island from the Spanish as part of a wider plan set out by Oliver Cromwell known as “The Western Design” the general objective of which to take all the vast territories held by Spain in the Caribbean.

The Spanish defence was feeble and half-hearted and eventually they took flight to Cuba leaving their captive Africans to fend for themselves.

They seized the opportunity to embrace liberty and RAN to the mountainous interior and densely forested regions of the island men women children running for all their worth a powerful surge of humanity- rushing-gushing towards a future filled with hope, uncertainty, and anticipation.

One of the most famous and fearless Maroon fighter was Queen Nanny she led a group that continued a guerrilla style campaign over many decades to maintain their liberty cherished life style and stay alive.

Her portrait currently adorns Jamaican $500 as a national hero

Living on the move was challenging, but a defensive strategy: and it’s here the jerk cook technique was devised as a consequence of that lifestyle.

As we all know “Necessity is the mother of all invention”.

Jamaican Maroons wait to ambush an approaching British military column circa 1795 (image: picture by J. Bourgoin, courtesy of The Virginia Foundation for the Humanities

The Method To cook; a shallow pit was dug, lined with twigs and branches on which was placed meat fresh from a hunt seasoned with indigenous peppers and stolen salt, and wrapped in foliage of   the same variety as the lining, a small flame was added, the pit was then covered with more of the same branches and left to cook as they melt away and merged with the surrounding habitat.

The foliage and twigs served as fuel, which was chosen for a particular purpose it gave off very little smoke whilst burning so as not to attract unwanted attention from patrolling militia or English forces.

On return hours later the smouldering embers was cleared too reveal what resembled the charred remains of their food. Cutting away the outer crust exposed a succulent well-cooked feast.        As seen in the article “The Right Way to Jerk in Jamaica” and as demonstrated by Pablo, a modern day Maroon.

Pablo, a Maroon, lays pimento wood for flavouring during the jerking process.

A brief history of jerk can be found here http://bostonjerkcenter.com/jerk-history/ and how it was introduced into America, however  http://kitchenproject.com/history/JerkChicken/ gives you a brief historical view regarding Jamaica the birthplace of jerk, which was originally wild boar. 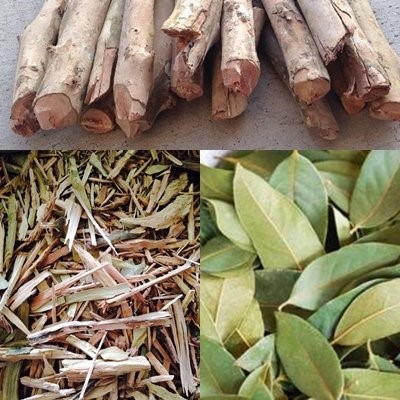 This cooking style and taste have been perfected by artisan cooks through generations to become what it is today.

A method and Taste combination for a convenient all-inclusive and unique product which can be used to replicate the original experience in a modern setting without the technical hassle.

The result has to be a message in the bottle of Jerk Marinade. 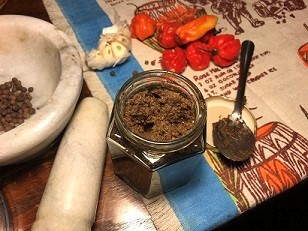 These creative applications, resilience and fortitude embodied accents of West Africa tribes (Ashanti, Cameroon, Fulani, Hausa, Mandinka and Yoruba) translated, equate a modern jerk taste with enamours, a symbol of possibility, a message in a bottle handed down through gene rations of proud African Jamaicans, and a unique signifier in Jamaica history and culinary traditions, a source of enormous pride in the struggle for freedom and happiness.

In traditional times Jamaica taste and culture bore the hallmark of resilience and fortitude. In the modern era the taste and style has been transformed to resemble fun, exuberance and a celebration of island experience. The jerk story is an ideal to stimulate creativity and show appreciation to the ancestor’s ingenuity in crafting this vibrant Taste that will stay at the cutting edge of Jamaica’s culinary culture and be abundant and exquisite.